The Highs and The Deep, Deep Lows of the Butterfly Garden 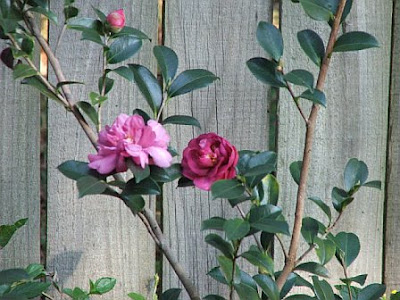 The camellias were very, very close to being taken out of the garden this year. They took up a lot of space and last year I only had about 2 blooms for four plants. They had a ton of bugs and one died. But, over the last few months these guys have been have been earning their keep. Lots of pretty blooms. 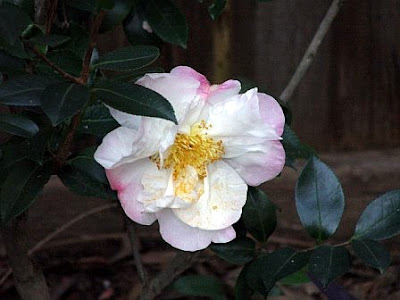 This bloom is from the bud I posted last week. We planted winter annuals, pansies and snap dragons, for some blooms in the next few months. I even have some bulbs sprouting. I don't know what they are, possibly some irises that I thought might be dead so I let my daughter plant them in random places.

WARNING: THE FOLLOWING SUBJECT MATTER MAY BE TOO DISTURBING FOR SENSITVE READERS. 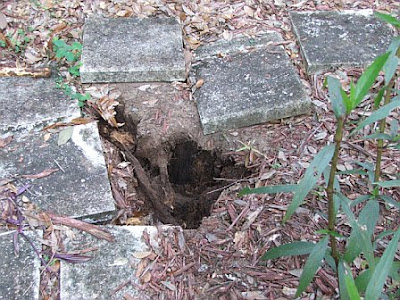 This hole opened up in the garden. I know, I know. Just the picture is giving me the creeps. Since the old Indian name for Ocala is "Land of Thousand Sinkholes", I'm more than a bit worried. When we bought the house, we had a geologist inspect the land because the owner had tried to get out of the deal by telling us there was sinkhole. Now, we are worried again. We aren't sure what to do besides getting a couple bags of topsoil and hope for the best.

Posted by Wicked Gardener at 8:44 PM